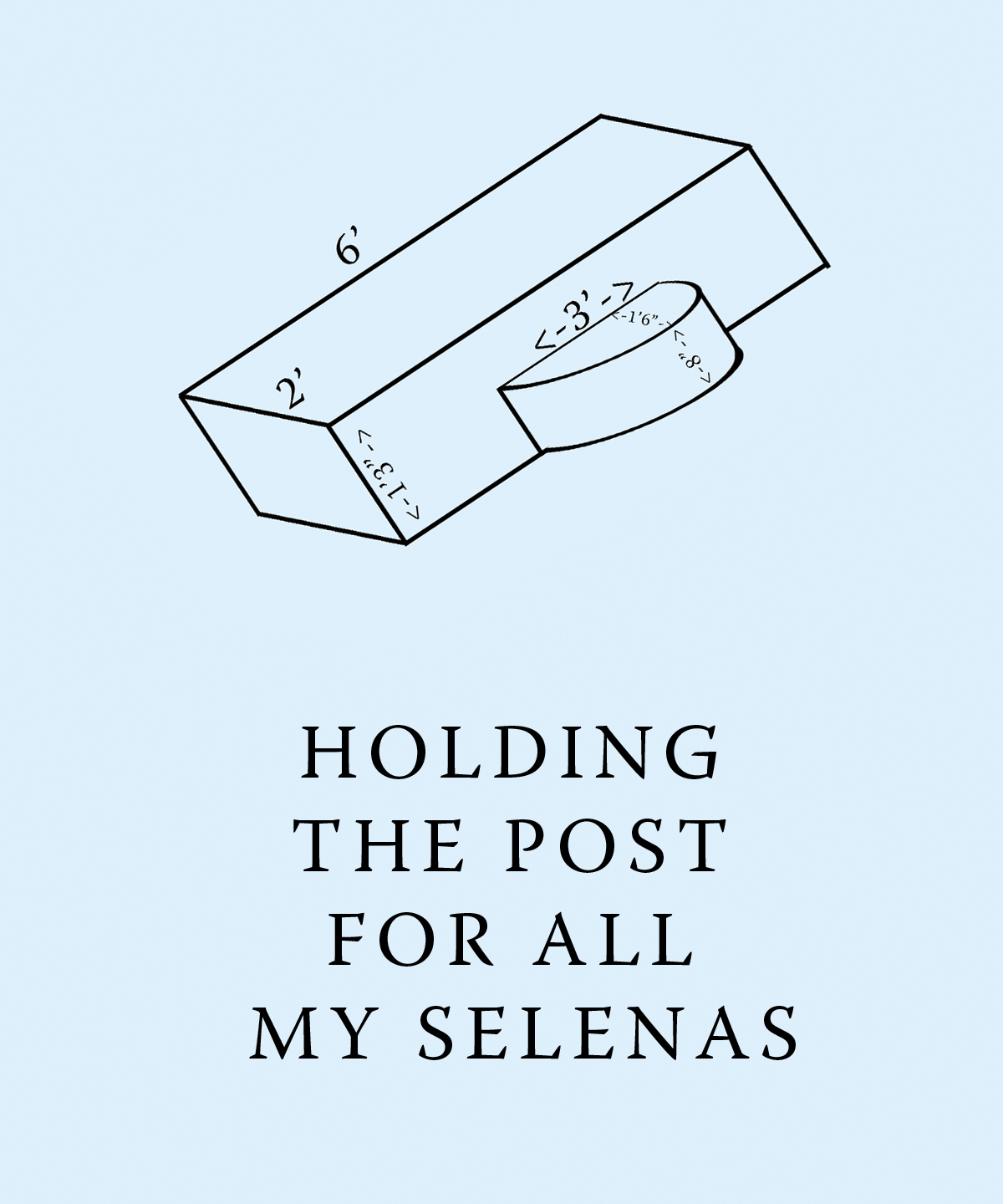 Christian Erroi: First, why don’t you tell me what kind of shape it will have?

Nica Ross: What’s happening? Well, it is more of a set, or a construction. Not to say that I am going to use 2x4s and construct a fort, or something. Maybe I should, but I’m not.

There’s photo, there’s video, there’s a performative aspect. And I’m going to be involved in it throughout the night, and there will also be a little book, printed matter, which I just got on the press this morning…I am pretty excited about that.

CE: Do you have a title? 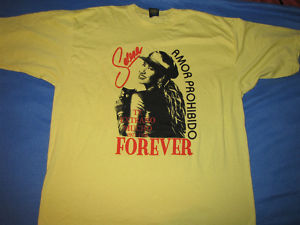 NR: To me, because there’s other uses of that word, to me Selena is a huge Tejana pop-singer who was murdered by her number one fan, who had become really close to her, and had become part of the organization that kept her going in terms of pop stardom. The fan became obsessed with her, and ended up killing her when Selena tried to cut her out of the picture.

She was a significant pop star while I was growing up in Arizona, and when she was murdered, she became such a martyr. All the kids in my school were wearing t-shirts that said “Forever Selena” and it was like, “Rest in Peace, Selena” and Kurt Cobain had just committed suicide, and then Tupac Shakur died.

They all died within a short time of each other, and so it seemed like every kid at some point in my sixth grade was walking around with some pop star martyr t-shirt.

The show is a construction of a world that is built by propaganda, by iconography, by Selenas and Kurt Cobains, and Berlusconis, and Qadaffis, and Ronald Reagans. You know, it’s our world, but also not our world.

NR: I love that you were going to ask me what I would I do if Mitt Romney came, because he would be perfect in the show! If he came, I would put him in the bathroom.  I would just have him there, in the bathroom. If people come to see the show, or check out the photos on the blog, you will see why.

The whole show consists of an artificial world that is very reminiscent of the real world, and it stems out of my fascination with science fiction, fantasy and news. I read sci fi and news almost exclusively. I could probably easily switch those two and not know it. So, that’s what the show is about, really.

CE: How many rooms will it be?

NR: I am using all of the space, really, from when you enter…

I am audio-visual nerd, so there will be live video aspects, and in the construction of the set…I have a lot of production experience, and really started working with visual media in High School where I ran a television and recording studio. My personal resources stem from production, and that’s also really how I like to work with things. One could call it “butching out.” I just want to be a part of it.

NR: I love to put on a show. My mother ran a theatre, so I grew up backstage. Grew up in the control booth, and that was my favorite way to experience a show.

I have a background in filmmaking I am very production heavy, behind the scenes heavy  & when I go to make something happen…
It’s interesting to be in a photography school because I am not so focused on photography as a medium, but I’ve learned a lot about photography surrounded by photographers.

CE: Yeah, I have seen your images. They are pristine, and, yet, it is not only about them, because they seem to have importance of their own.

NR: I mean I think that being in photography – when I first started here. I have to admit, my first year I was so over photography. I didn’t really get it. I took a lot of photos going into this program. I entered a photography program. And it made me start questioning photography and why even do such a thing.

CE: Well, Nayland is not a photographer…

NR: Yes, the program is so wide open, and I have been given a lot of space for experimentation. Yet, I am showing a lot of photos.
I have come around to a different understanding of what the action of photography is and how that acts upon the viewer.

I’ve set it up so that there are huge photos that are acting as the scenery that one can place oneself in.

CE: Do you appear?

NR: Me? I will appear in the live video, and I’m going to be engineering the show. I will be a part of the show.

NR: I will be protagonist, but so will you, or anybody else who enters the space. It’s almost like a holodeck!

NR: You know, like on Star Trek Enterprise, the holodecks?  I’d rather create a space like that, where we could go, and create different spaces? If I could have a holodeck, that would be the ideal show. 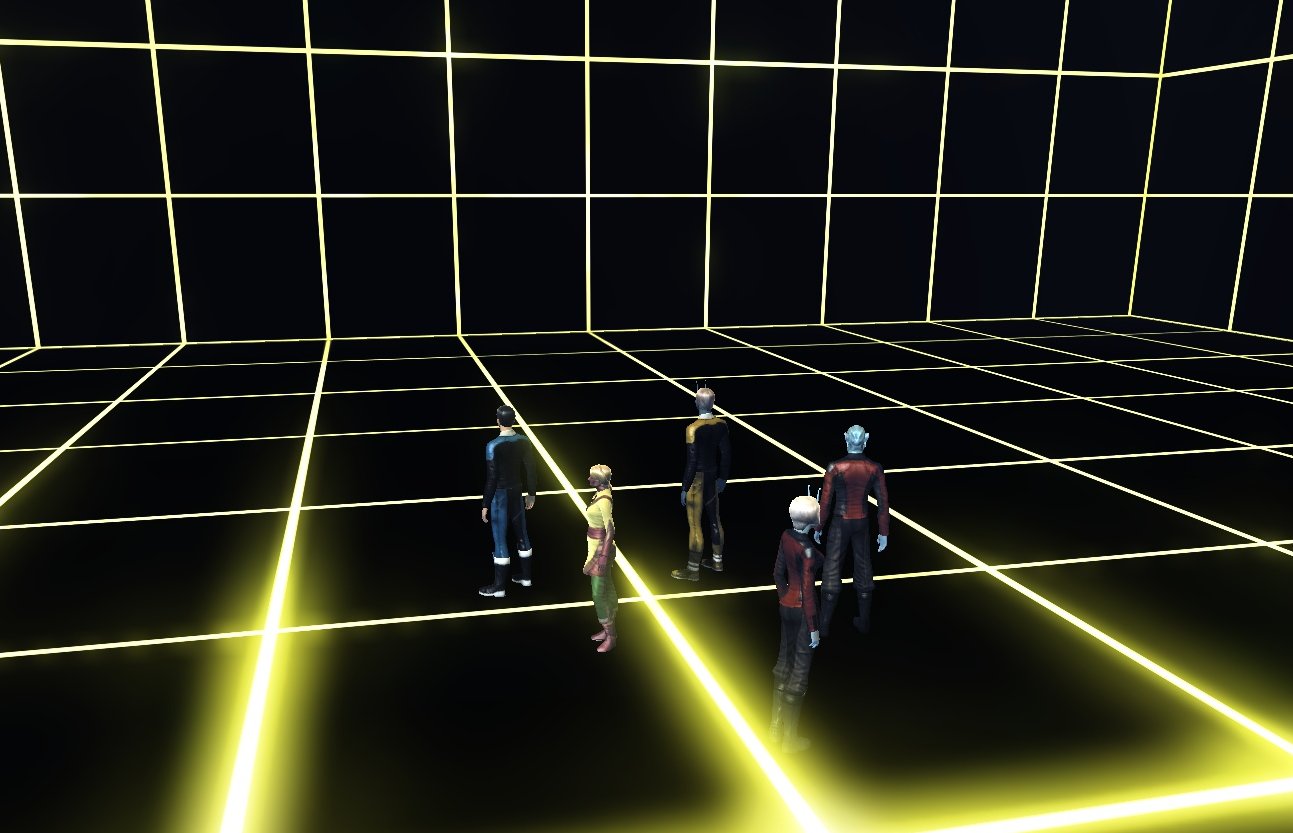 NR: The publication that goes along with the show is blue, and is inspired by the little mono-colored books that go along with a lot of different authoritarian or ideologically based regimes…there always seems to be a little book…

CE: Sure, a manifesto of some sort…

NR: A manifesto…a constitution…just everything’s going to be contained in there. The idea of the booklet is to contain the show, so these are all of the photos and the performance aspects of the show. I am not revealing something that happens in the show, because I kind of want people to come and experience it.

CE: What about the building?

NR: There’s a sculptural element, as well, in the show.  On the flier is the diagram that I sent to the carpenter, who is my father. He built this and sent it to me from Chicago.

NR: And there are a lot of people in the show.

They are all cultural icons somehow and someone believes in them…someone’s following their ideology in some way, be it the ideology of partying or sex or communism.

CE: Sure sure. You’re going all over the place, from extreme right to left.

NR: Everything in between, and to athletes, writers, etc.

CE: And who is the artist you mostly follow?

NR: In terms of a practice that I really like? I really appreciate Robert Wilson’s practice. Do you know who he is?

NR: He is a director – an avant-garde experimental theatre director. First of all it’s really beautiful work and really kind of revolutionary in terms of theatre practice. I like working with an ensemble in a whole variety of methods. I come from a theatre family, so, I feel like when I think of a show I think of people and setting and things like that… 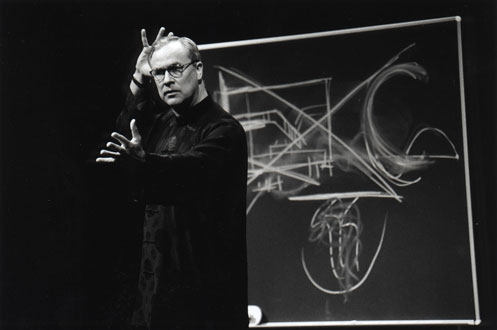 Robert Wilson © Lesley Leslie-Spinks
NR: Yeah, there’s gonna be live video and I will be working with real live people, but there will still be a mediated form of it that everyone will actually be seeing live, and through that interaction I hope something will be exposed. That is something what I am interested in – that mediation.

CE: Oh, so you will be doing video in the space, as it happens?

CE: That’s great. So when is the show?

NE: The opening is March 1st, which is a Thursday from 6:30PM till 10:00PM and is on view Friday and Saturday from 12PM to 5PM. People should feel free to come by.